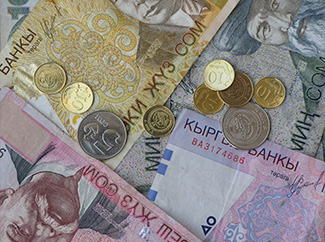 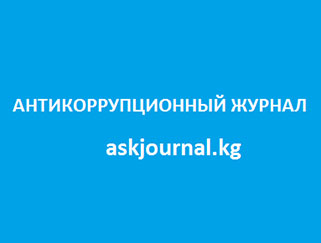 Corruption Perceptions Index for 2017: Kyrgyzstan moved up one.

Compared to the results of the Index for 2016, the situation of the Kyrgyz Republic has changed a bit: it received one score higher, and changed its position on ranking list (from 136th to 135th).

TI-Kyrgyzstan developed the Public Procurement Manual
The team of Transparency International Kyrgyzstan has developed application guidelines for the public procurement laws in the Kyrgyz Republic to assist organizations participating in the field of public procurement, based on laws and regulations to provide better focus for conducting procurement for both procuring entities and potential suppliers.
Read more...17.11.2017

A manual on “How to file a lawsuit” has been prepared by the team of Transparency International Kyrgyzstan
In connection with amending procedural legislation and the entry into force of the new Code of Civil Procedure on 1 July 2017, Transparency International Kyrgyzstan has prepared a manual on how to file a lawsuit to provide information about the mechanisms of the judicial system to citizens.
Read more...22.08.2017
The Joint-Stock Companies Act has been amended
Under the act on Amending the Law of the Kyrgyz Republic on Joint-Stock Companies of 28 July 2017, the Joint-Stock Companies Act introduced a new concept of independent board members. The amendments to the law state that at least 30% of the board of directors should be independent board members in public companies. The board meeting of the public company requires submission of the independent board members in an amount not less than half of the total number of independent board members.
Read more...31.07.2017
Civil servants will report on their large expenditures in declarations.
The new act on Declaration of Assets, Liabilities, Commitments and Property of Persons holding State and municipal office of 2 August 2017, now requires state and municipal officials to declare both income and expenses.
Read more...22.06.2017
What is taking place in the area of innovations in the new Civil Procedure Code?
According to the changes in the law of the Kyrgyz Republic, a series of new codes adopted in 2017 will be effective from 1 January 2019. However, the Code of Civil Procedure has already entered into force in 2017.
Read more...08.02.2017

Corruption Perceptions Index for 2016: Kyrgyzstan maintained its position compared to 2015. Another 9 new countries were added to the Index.
Kyrgyzstan received a score of 28 and ranked 136th out of 176 countries in the 2016 Corruption Perceptions Index. The rating included 9 new countries. In 2015, Kyrgyzstan ranked 123d out of 167 countries with a score of 28. Thus, according to the results of 2016, the country was able to maintain its positions compared to last year.
Read more...25.01.2017
Global Corruption Barometer 2016
Transparency International presents the results of a global survey “Global Corruption Barometer” (GCB). The survey is conducted for the ninth time; the last time GCB was published in 2013. In contrast to the studies of previous years, this year GCB covers 42 countries in Europe and Central Asia, including EU countries, EU candidate countries and CIS countries. The data in this survey cannot be compared with GCB data for earlier years.
Read more...16.11.2016